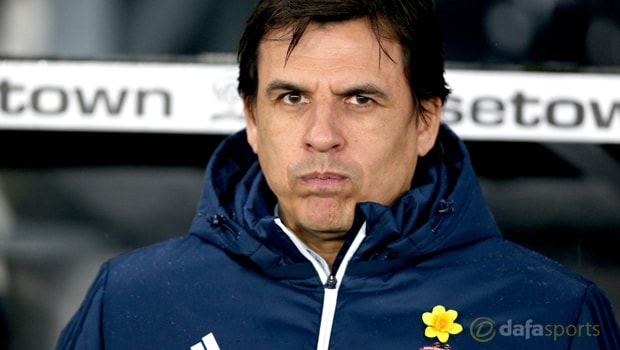 Sunderland manager Chris Coleman is facing a number of selection headaches ahead of Saturday’s crucial Championship clash against Reading at the Madejski Stadium.

The Black Cats are sitting 23rd in the table going into the weekend’s fixtures, six points from safety with just four matches remaining, and a 22nd defeat of the season at Reading would put them on the verge of back-to-back relegations.

Coleman’s men have been on a dreadful run of form, having won just one of their last 14 league matches, although they have managed to record successive 1-1 draws against Leeds United and Norwich City.

It is victories that are desperately needed for the former Wales boss but, although the squad still believe they can pull off the great escape, a long injury list is working against them at this stage of the campaign.

John O’Shea, Adam Matthews, Jonny Williams and Billy Jones have all been ruled out of the game against the Royals whilst there are doubts over the fitness of more first-team players.

“Paddy didn’t train with us on Thursday, but he trained with Adrian Lamb (head of performance).

It was a good session, a more controlled session. We’re expecting him to train with us on Friday, which is good,” Coleman said.

“John didn’t train on Thursday, and we’re not expecting him to be ready for the weekend. Adam Matthews is a definite no.

Marc Wilson should join in on Friday, fingers crossed. Jonny Williams probably won’t be ready for another week or ten days if we’re lucky.

“Billy Jones trained on Thursday, it was his first session back, and he did okay. He’s obviously not available for the weekend though.”

Sunderland, who are 2.50 finish bottom, are 3.10 to pick up a much-needed three points, a draw is priced at 3.30 whilst the hosts, who are not out of relegation trouble just yet, are 2.30 favourites.