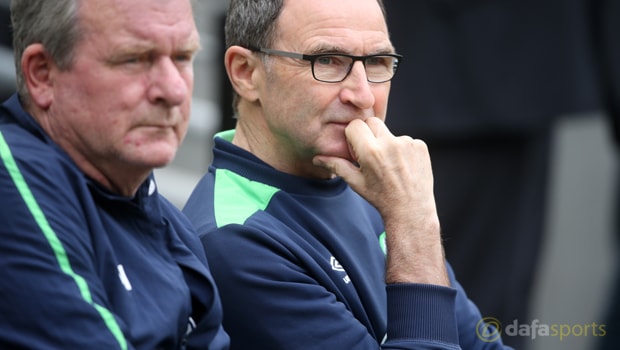 Martin O’Neill expects the Republic of Ireland to face a full examination of their World Cup qualifying credentials when they play host to Austria on Sunday.

The Green Army will head into the match at the Aviva Stadium level on points with top of the group Serbia, while they are four points clear of Austria.

The Republic secured a 1-0 victory when the two sides met Vienna last November, but O’Neill is refusing to underestimate the quality of Marcel Koller’s side, particularly as they qualified so impressively for last summer’s European Championships.

“Despite the fact that they didn’t cover themselves in glory in the Euros themselves, their qualification was really, really fantastic, so I thought they would have a point to prove starting off in the World Cup qualification games,” O’Neill said.

“They have to come and probably try to win the game themselves to get into it and really it is up to us to try to keep that points differential between us, so I think it’s all to play for. I still think they are a top-quality nation.”

With Serbia playing host to third-place Wales, Sunday could prove to be a pivotal night for Ireland, but O’Neill insists nothing will be decided this weekend.

“It is a big week, but then every game is as important,” he added. “You have to try to accumulate points along the way.

At the minute, we are doing fine, but the second half is the real business end of things and we have to really, really just be on our mettle, be very, very strong.”

Ireland are priced at 2.50 to win Sunday’s match, while Austria and the draw are both available at 3.10.