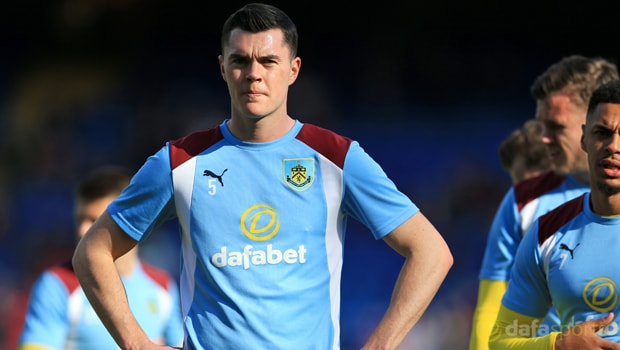 Michael Keane believes Burnley’s defence was one of the main reasons they were able to survive in the Premier League last season.

The Clarets had been many peoples’ tip to be relegated at the start of the 2016-17 campaign, but they defied the odds and comfortably remained in the division, eventually finishing in 16th place, six points clear of the relegation zone.

Only Middlesbrough had a better defensive record than Burnley out of the sides that finished in the bottom-half of the table, as Sean Dyche’s men only conceded 55 top-flight goals.

England international Keane believes that defensive continuity played a key role in the Clarets successful survival bid and he has praised the quality of his fellow defenders.

“That has given us a good platform to go and play, we’ve had a steady back five all season until recent weeks,” said Keane.

“I think Ben has been unbelievable next to me, I give him huge credit and he’s been fantastic to play with for the last two years, but as well Wardy and Lowts have been terrific all season.

“I think we’ve all improved as the season has gone on. We’ve helped each other out and we’ve got stronger and more confident.”

Keane’s future at Turf Moor remains up in the air, as his impressive displays have alerted the attention of a number of clubs, including his former employers Manchester United.

Should the centre back move onto pastures new then Burnley could face a battle to remain in the top-flight next season, as they are currently priced at 2.25 to be relegated come the end of the campaign.