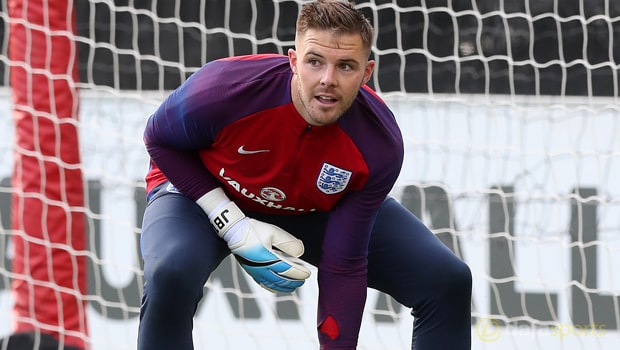 Stoke goalkeeper Jack Butland admits there were times he doubted whether he would ever return to competitive action following over a year on the sidelines with an ankle injury.

The 24-year-old suffered a stress fracture to his ankle while playing for England in a friendly against Germany in March 2016, and his return to action was twice delayed as the first two operations to fix the problem did not work.

The former Birmingham player finally returned to the field for the final five matches of the Premier League season, 13 months after he initially sustained the injury, and he admits he did doubt whether he would ever be able to return to competitive action.

“You reach sometimes when you’re at the lowest and times when you don’t know if you are going to play again or when the next injection or operation might be.

There are sometimes when you are at rock bottom,” he said.

Butland has kept three clean sheets since returning to action and he has been included in Gareth Southgate’s England squad for the upcoming World Cup qualifier against Scotland and friendly international with France.

The stopper, who has four England caps to his name, admits he is delighted to be back in the international fold and he is relishing the challenges that await the the Three Lions over the next week.

He added: “I am just thoroughly enjoying being back and looking forward to the week ahead.”

First up for Butland and England is Saturday’s World Cup qualifier against Scotland at Hampden, as Southgate’s men bid to do the double over their near rivals, following their 3-0 victory at Wembley earlier in qualifying.