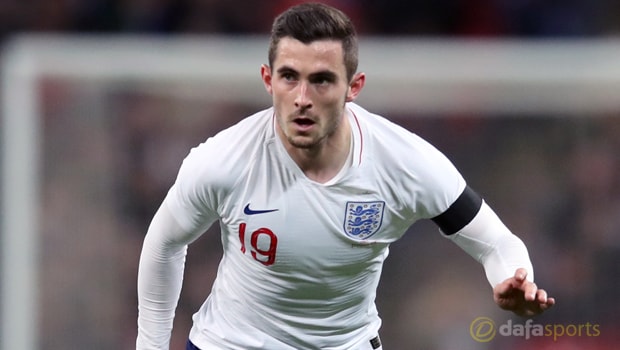 Cook is yet to win a cap for England’s senior side but he did represent his nation consistently through the youth teams.

The 21-year-old captained England under-20s to World cup glory last summer and his exploits have led to regular game time in the Premier League with Bournemouth this term.

Eddie Howe has placed his trust in the youngster and Cook boasts 23 outings in the league, having only turned out six times for the Cherries in 2016-17 after joining from Leeds.

Southgate also recognised Cook’s development over the last year and handed the midfielder a first call up for England’s friendly matches against Holland and Italy.

He was an unused substitute for the 1-0 win over Holland on Friday but he could earn his first cap on Tuesday when Italy travel to Wembley.

Defoe, who looks likely to miss out on a spot at the World Cup after struggling with injuries, believes his team-mate is ready for the international stage and has backed him to secure a place on the plane to Russia.

“If he can play some part and does well, he could be on the plane. In my opinion he is good enough to go,” Defoe said.

“If it’s based on merit then he should be in the squad for how he has played. Ever since he has been in our team he has been unbelievable.

“He has so much potential. If you think of any player in the country around that age, he is definitely up there with the best. “If he does what he does at the club, then he will be fine.”

England, who are priced at 17.00 to win the 2018 World Cup, will take on Italy, Nigeria and Costa Rica before kicking off their World Cup campaign against Tunisia on June 18.