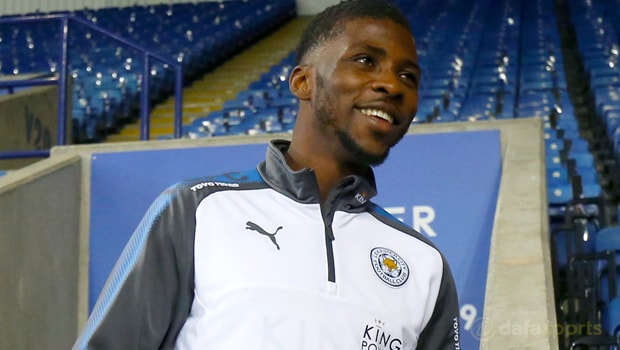 The 21-year-old was included in Gernot Rohr’s preliminary squad for the finals earlier this month alongside Foxes team-mates Wilfred Ndidi and Ahmed Musa and he is now hoping to feature at a first World Cup.

The former Manchester City ace endured an underwhelming campaign for Leicester this season, netting just eight goals in all competitions, but his form improved towards the end of the season, as he found the back of the net against both Arsenal and Tottenham.

Iheanacho will now be hoping to take that form into this summer’s finals with Nigeria and he admits he feels great pride whenever he wears the Super Eagles shirt.

“Right from when I was little, I always had this dream of playing for country,” Iheanacho told Leicester’s website.

“I love it so I’m proud to be playing for my country and to wear the green, white, green so it’s something everyone wishes to do, to play for their country.”

Nigeria have been drawn in Group D for the finals where they will come up against Croatia, Iceland and two-time winners Argentina.

Iheanacho knows his side will face a difficult task if they are to emerge from that group but he believes all four teams will have genuine aspirations about making it through to the knockout stages.

“It’s going to be a difficult group because all the countries are strong and trying to get something as well,” he added.

“The countries, they are not messing around, they are strong countries so everyone will be strong and looking to get points to go through to the next round.”

Nigeria are priced at 11.00 to finish top of Group D, while they are available at 3.30 to advance through to the round of 16.