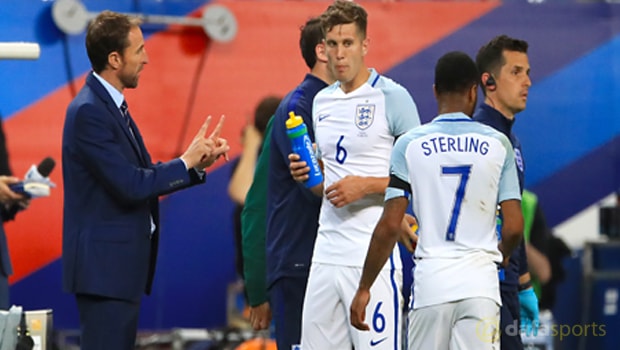 England manager Gareth Southgate says there were good and bad things to take away from Tuesday’s defeat to France although he admits improvements are needed in certain areas.

England went into the friendly at the Stade de France after a 2-2 World Cup qualifying draw against Scotland and Southgate decided to ring the changes.

Tom Heaton, Kieran Trippier, Raheem Sterling, Phil Jones, John Stones and Alex Oxlade-Chamberlain all came into the starting 11 while the team changed to a 3-4-3 formation.

Captain Harry Kane gave the Three Lions an early lead before Samuel Umtiti and then Djibril Sidibe both converted rebounds from close-range to give the hosts a 2-1 advantage at the break.

England were handed a massive boost at the start of the second half when the skipper grabbed his second from the spot after Raphael Varane was given his marching orders for a foul on Dele Alli.

However, despite being a man down, Les Bleus created chance after chance and they grabbed victory when Ousmane Dembele fired into the bottom-left corner with a neat finish in the 78th minute.

The gulf in class was evident in the second period and England, who are 1.08 favourites to win their 2018 World Cup qualifying group, need to go away and have a re-think.

Southgate is still remaining positive about the state of the team and says there is enough he can take away from the loss to build on for the matches later this year.

He told Sky Sports: “Over the 90 minutes we saw the things that we are very good at, and with the ball we caused France a lot of problems, created chances and looked dangerous.

“We scored the two goals, and then we saw the other side that we have to get better at, and that was some of our work without the ball, and our managing of the game, particularly when it went to 2-2.”