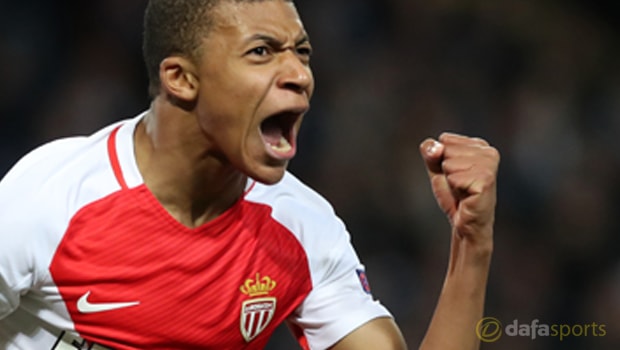 Monaco forward Kylian Mbappe has revealed his future beyond the summer is yet to be decided and he will take some time away before figuring out where he will be playing next season.

The France international has also earned four caps for his country since making his international debut in March this year and was in good form in Tuesday’s 3-2 friendly victory over England at the Stade de France.

Several clubs have been showing an interest in the 18-year-old with both Liverpool and Pep Guardiola’s Manchester City believed to be keeping an eye on the situation.

However, it is Champions League holders Real Madrid that are said to be pressing ahead, with reports claiming the Spanish giants have lodged a 100million euros offer.

Monaco are keen to hold onto their talisman this summer, having already sold Bernardo Silva to the Citizens, while several other first-team members are the subject of interest.

Speaking about his future, Mbappe revealed a little break from the game was needed before he makes a decision on where he will be plying his trade for the next campaign.

“We’re going to go away with the family and we’ll think about what’s going to happen,” he said.

“We have to sort it out, see what happens with the club too, because I’m under contract with a club, I’m not free. We’ll see what’s happening.”

Monaco are 4.33 to retain the league title next season whilst Paris Saint-Germain, who endured a difficult 2016/17 season, are the 1.36 favourites.