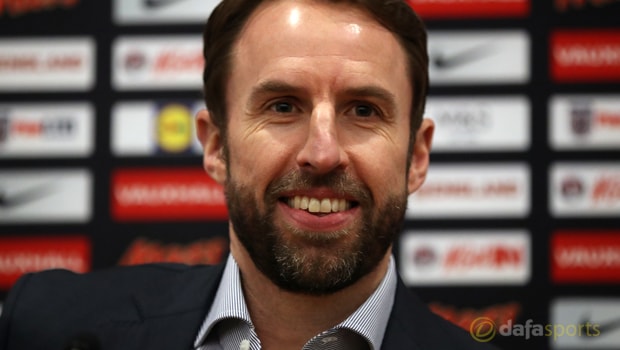 England boss Gareth Southgate has named uncapped quartet Nick Pope, James Tarkowski, Alfie Mawson and Lewis Cook in his squad for this month’s friendlies against the Netherlands and Italy.

Burnley goalkeeper Pope has been named in the squad for the first time after some impressive performances at club level and he is one of four goalkeepers included alongside Joe Hart, Jordan Pickford and Jack Butland.

Southgate believes he has good competition for the number one jersey and he insists all four stoppers fully merit their place in his latest squad.

“Clearly the No 1 jersey is up for grabs,” said Southgate.

“We don’t know how the next eight to ten weeks will pan out for all of our goalkeepers but there is good competition for places and I think they’re all looking forward to that.”

Pope’s Burnley team-mate Tarkowski has also been included in the squad for the first time after forming part of the Clarets backline that has only conceded 26 goals in 30 Premier League games to date this term.

Swansea centre-back Mawson has also impressed defensively this season and, after making six appearances for the Three Lions at under-21 level, he has now been called into the senior squad.

Bournemouth midfielder Cook is the only one of the uncapped quartet that has been included in a squad before, as he was a late call-up for last November’s friendly against Brazil, but he will now be hoping to earn a first cap during the upcoming friendlies.

England will first face the Netherlands in Amsterdam on March 23 before they take on Italy at Wembley Stadium four days later, as they step up their preparations for this summer’s World Cup.

The Three Lions are priced at 17.00 to secure overall glory in Russia this summer.