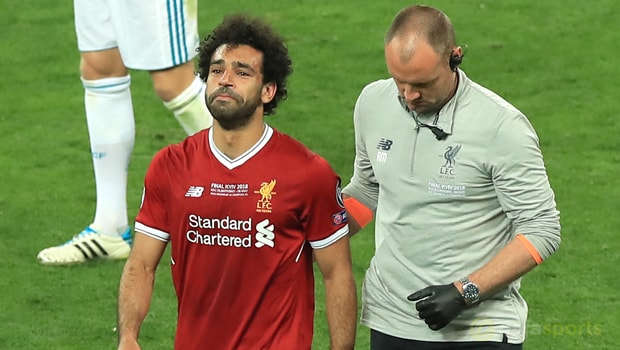 The Egyptian Football Association claims that Liverpool winger Mohamed Salah should be fit to feature at the 2018 World Cup.

The Pharaohs, who are priced at 2.50 to qualify from Group A, will need Salah to be available for their campaign in Russia if they are to stand any chance of going beyond the group stage.

After being draw in Group A alongside Saudi Arabia, Uruguay and hosts Russia it is within their hands to reach the knockout stages and potentially challenge even deeper in the tournament.

But they will depend heavily on the availability of Salah, who netted 44 goals in all competitions for Liverpool last term.

His involvement was thrown into doubt after being forced off just half an hour into the Champions League final defeat to Real Madrid on Saturday.

The winger landed awkwardly on his shoulder after tussling with Los Blancos captain Sergio Ramos in Kiev.

Liverpool boss Jurgen Klopp did initially suggest that he would struggle to fully recover in time for the World Cup but further assessment has provided positive news for Egypt fans.

Following his meeting the Egyptian FA revealed that he should be able to play some part in Russia, although he could miss the opening game on June 15.

The Egyptian FA Tweeted: “After the meeting of Abu Rida and the doctor of the national team in Spain today, the Football Association reaffirms Salah in the World Cup, God willing, will not exceed the absence of three weeks.”