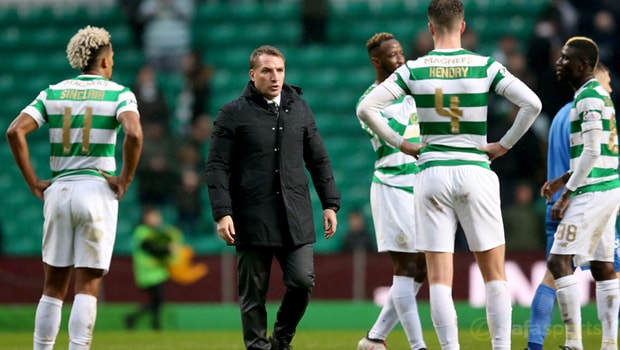 Celtic manager Brendan Rodgers believes the club can continue to improve on the European stage but has stressed that it will take time.

The Bhoys have dominated Scottish football since the turn of the millennium winning 13 league titles in 18 years. Rodgers has possibly even taken the club to another level by completed a double domestic treble of league Scottish Cup and Scottish League Cup.

However, they have been unable to transfer their domestic form into Europe during but Rodgers feels that will come in time.

The Northern Irishman failed to pick up a single win during his first season in the Champions League with Celtic, having finished bottom with three points.

Celtic did improve during the following campaign as they picked up three points courtesy of a single win, which saw them qualify for the Europa League.

The Scottish champions will head back to the elite European competition again next term, although they will need to go through four qualifying rounds to reach the group stage, and Rodgers insists they are moving in the right direction but claims it is a “step-by-step” process”.

“A lot of great work has been done here but there’s still a long way to go to be anywhere near competitive at that level – and that’s the real world of football,” Rodgers told the Celtic View.

“Even the Europa League is like a Champions League II now. Just look at the teams, the resources and everything in that.

“That isn‘t to quash any hope but I am here to try to fight and keep the club moving. But it has to be step-by-step.

“We are in a real exciting period at the club.

“There are a lot of things that we need to develop and improve and unfortunately that won’t happen overnight as Celtic don’t have those resources.

“It will be something that is a year-on-year improvement.”