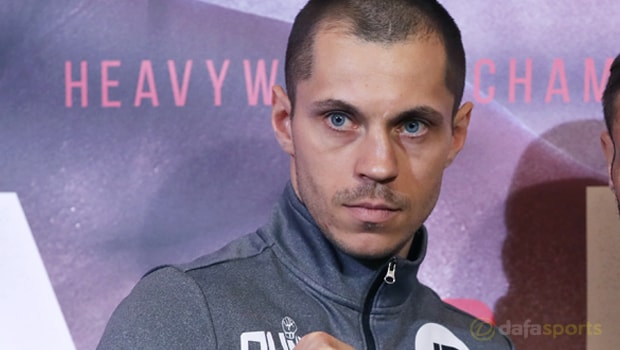 Scott Quigg has revealed a desire to set up a rematch with Carl Frampton as he looks to avenge his defeat from 2016.

The Englishman suffered the first defeat of his professional career at the hands of Frampton when they clashed at the Manchester Arena in February 2016.

They went toe-to-toe in a super-bantamweight unification world title bout, which saw Quigg lose his WBA strap as Frampton added it to his IBF belt courtesy of a victory on points.

Quigg fully accepts that he was beaten by the better man on the night but is desperate for a shot at redemption in the near future.

Frampton has already announced that he will be fighting on August 18 at Windsor Park in Belfast to defend his WBO featherweight belt but he is yet to confirm an opponent.

Quigg believes he is the perfect candidate to face Frampton in Northern Ireland, although he admits it’s unrealistic that he will get the call.

“Everybody knows I’d jump at that fight and August 18 I’d be more than ready to take that fight,” Quigg told Sky Sports News.

“I’ve been in the gym for five weeks now and I’m already feeling good, feeling sharp and enjoying training again.

“There’s no other fight out there that could really be at Windsor Park, it’s as simple as that and I’m available.

I’ve always wanted the rematch and I believe I could beat him, but I doubt I’ll get the phone call.

“He was the better man on the night and if that rematch was to happen then I’d get my chance to prove the doubters wrong.”