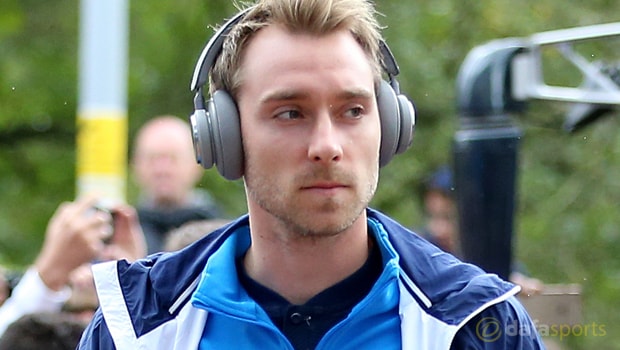 Denmark ace Christian Eriksen knows his side will have to be at their very best if they are to see off Republic of Ireland during their World Cup qualification play-off.

The two teams will go head-to-head for a place at next summer’s finals in Russia, with the first-leg taking place in Copenhagen on Saturday, before the reverse fixture in Dublin three days later.

Tottenham attacking midfielder Eriksen is likely to be one of Denmark’s main threats during the tie, as he has scored eight goals during the qualification campaign to date, but he knows his side will face a tough test against the disciplined, counter-attacking style of the Irish.

“I think we are very excited to go into the game,” he said.

“We know it will be a very tough game against an Irish team that has done very well in qualification.

“They stick to what they have as their plan, their plan so far has been fighting and going for the counter.”

Despite his concerns, Eriksen is confident his side have enough quality to book their place at next summer’s World Cup, as they bid to qualify for their first major tournament since Euro 2012.

“We need to be careful but of course we have to take our chances and then we will have a good chance,” he said.

Denmark have lost their last two meetings with Ireland, most recently in 2007, but they are priced at 1.75 to secure a first-leg advantage during Saturday’s match at the Parken Stadium, while Ireland are available at 5.25 and the draw is on offer at 3.40.