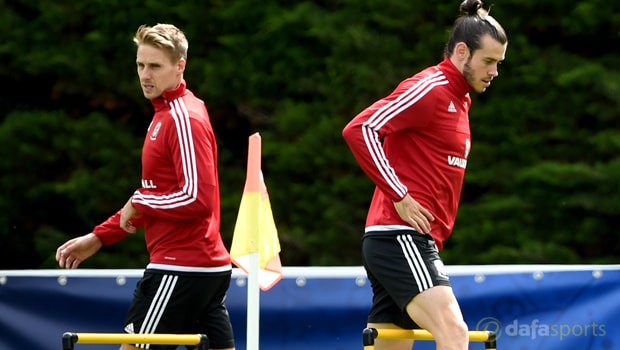 Wales midfield David Edwards insists they have the options in their squad to cope without Gareth Bale in their final two World Cup qualifiers.

Chris Coleman was dealt a blow this week with the news that Real Madrid star Bale won’t be fit to face Georgia in Tbilisi on Friday or the Republic of Ireland in Cardiff on Monday evening.

The Euro 2016 semi-finalists have won only three of their eight games in Group D so far, ensuring they are likely to require maximum points from the upcoming double-header just to force a playoff for a spot in Russia next summer.

Losing a match-winner like Bale is a massive blow, but Reading midfielder Edwards says this Welsh squad is much better equipped compared to when he arrived on the scene a decade ago.

“It’s not like when I first played for Wales, because the gaffer has options and players who can come in, do a job and help to get those three points,” Edwards said.

“It’s a million miles apart, it really is, from when I was first in the squad.

“When I started you could not replace a Craig Bellamy or a Simon Davies, it was too hard to fill their boots.

“But now I look around at the quality and the number of Premier League players.

Edwards is also tipping Liverpool teenager Ben Woodburn, who scored the winner against Austria last month on his debut less than five minutes after coming on as a substitute, can help fill the void.

“I’ve seen a lot of Ben in this campaign and he reminds me of what Gareth was like when he was younger,” Edwards added.

“And if you see what Gareth was like in the Euros, the bigger the stage, the more he thrives.

There aren’t many players who can do that when the whole world is watching.”