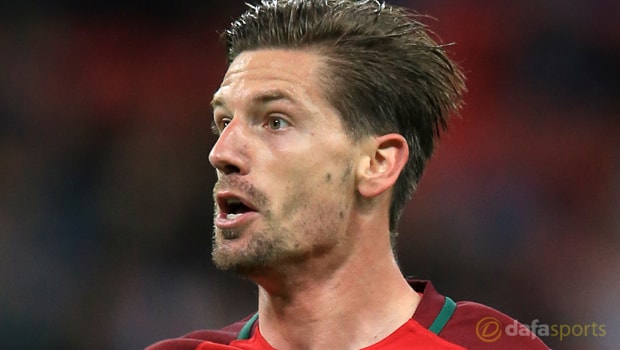 Adrien Silva will not be able to play for Leicester City until January after FIFA rejected an appeal from the Football Association to rubberstamp his move from Sporting Lisbon.

That ensured that FIFA withheld Silva’s International Transfer Certificate and so the player has been in limbo ever since.

Foxes boss Craig Shakespeare recently spoke of Silva’s growing frustration at not being able to play or even train with his teammates.

The club had hoped to reach a viable conclusion quickly, but the midfielder now faces another three months on the outside looking in.

Leicester will only be able to add Silva to their playing squad when the transfer window reopens in January.

Silva has frequently been in the stands to watch Leicester play at King Power Stadium this season.

Off the field he has worked with fitness coaches at the club’s Belvoir Drive training ground, but is barred from actually working alongside the Leicester squad until his clearance is received.

Silva was at Sporting’s Estadio Jose Alvalade on Sunday where he bid farewell to the club’s fan before their 0-0 draw with rivals Porto.

It means more frustration for Shakespeare, whose side sit 17th in the Premier League after just one win this season.

Silva has been left out of Portugal’s squad for their final World Cup qualifiers against Andorra and Switzerland this week.

The European champions are 26.00 to win next summer’s World Cup in Russia.