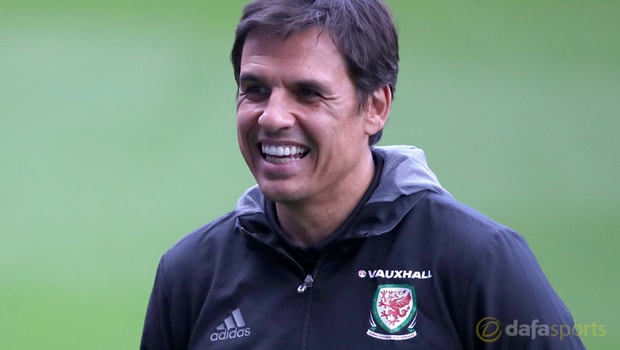 Reported Leicester City managerial target Chris Coleman is believed to have held informal talks with the FAW over extending his contract as Wales boss.

Coleman has been a revelation since taking charge of Wales back in 2012, leading the country to the semi-finals of the 2016 European Championships in France.

However, the Dragons narrowly missed out on a play-off place for the 2018 World Cup, losing to Republic of Ireland in the deciding group match, and there have been doubts over the future of the manager.

The 47-year-old’s contract runs out after the major tournament in Russia next year and there were reports suggesting he was looking to end his time with the national team.

He continues to be linked with the vacant post at Leicester City following the sacking of Craig Shakespeare and many feel a return to club management could be on the cards.

FAW chief executive, Jonathan Ford, has already told Coleman he wants him to commit to a new contract and oversee the qualification attempt for Euro 2020, and this may yet just happen.

The Swansea-born star is said to have met with the FAW to discuss the recent failed World Cup bid whilst also start negotiations over putting pen-to-paper on an extension.

It is claimed several Welsh players have also met with Coleman in a bid to persuade the manager to stay on and help the club reach the 2020 European Championships, which are due to be held in 13 cities in 13 different countries.

Although Wales won’t be in Russia, there is still British interest with England, who are 21.00 to win the tournament, whilst the ROI and Northern Ireland could both feature if they make it through their respective play-off games.