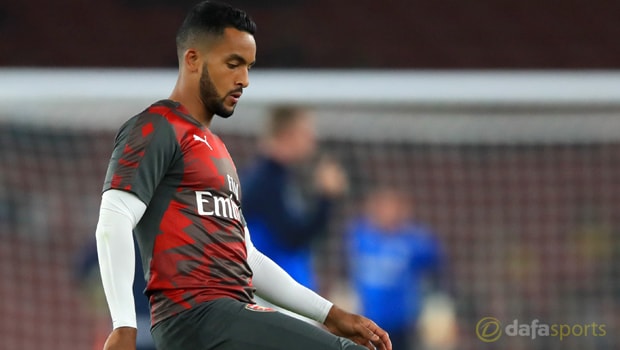 Arsenal forward Theo Walcott says he needs to take every chance that comes his way this season as he aims to earn a place in England’s squad for the 2018 World Cup.

Walcott has not been named in an England squad in almost a year and he has had limited opportunities to prove to Gareth Southgate he should be back on the international stage.

The 28-year-old, who has 47 caps and eight goals for his country, has yet to start a Premier League games for Arsenal this season, amassing just 27 minutes of league action.

He has been restricted to League Cup and Europa League matches in this campaign but these appearances are unlikely to be enough to earn a spot on the plane to Russia next year.

Breaking into the first team in the league is now the aim for the forward, who has never played for the Three Lions at a World Cup despite a surprise call-up for the 2006 tournament when he was just 16. “Of course.

That is why I need to be playing football, simple as that,” he said.

“But I need to deserve to be playing. So in this competition, cup games, Premier League when given the chance, I need to take it.

“That is the only chance I have to get back into the England squad. It is down to hard work. If I work harder than anyone else… I know my qualities, how good I am.”

Walcott will be hoping to at least make the squad when Arsenal return to action on Sunday with a trip to Goodison Park to take on an Everton side that are without a win in four matches across all competitions.

The Gunners are 2.05 favourites to pick up all three points, a draw is priced at 3.50 whilst the Toffees are 3.75 outsiders as they look to ease the pressure on manager Ronald Koeman.