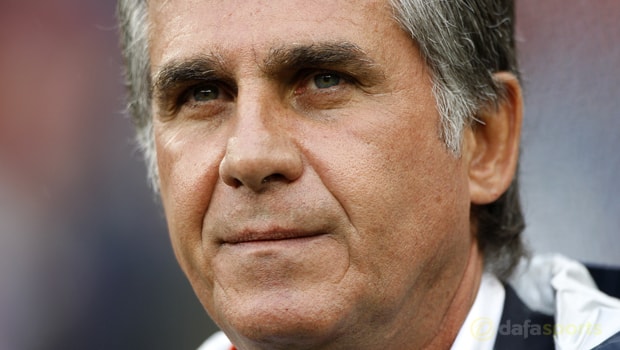 Carlos Queiroz will quit his role as national team manager of Iran following the conclusion of this summer’s World Cup.

Former Manchester United assistant manager Queiroz has been in charge of Iran since 2011 and he has enjoyed a successful spell at the helm, losing just nine of his 85 matches to date.

The 65-year-old has also helped Team Melli qualify for back-to-back World Cups for the first time in their history and they will face Portugal, Spain and Morocco in Group B of this summer’s tournament.

Quieroz, whose current contract with Iran expires after the finals, had hoped to have a new deal sorted before the tournament, but, after only being offered a six-month extension that would take him through to January’s Asian Cup finals in the United Arab Emirates, he has now confirmed he will depart his position this summer.

“It’s almost one year since we qualified for the World Cup and it’s true that they gave me an offer to go for six months to the Asian Cup in the Emirates, but it didn’t meet my expectations,” Queiroz told Reuters.

“After all these years, for the Iranian federation to only extend the contract for six months is a decision that shows no appreciation or recognition for what I’ve done. It’s an offer that isn’t acceptable from my point of view.”

The former Portugal boss, who is currently with his Iran squad at a training camp in Turkey, went on to confirm that he has no intentions of reentering negotiations regardless of how things go at the World Cup.

“The negotiations are closed, they are behind me,” he added.

Iran have never made it beyond the group stage of a World Cup, but they are priced at 7.00 to end that wait this year.