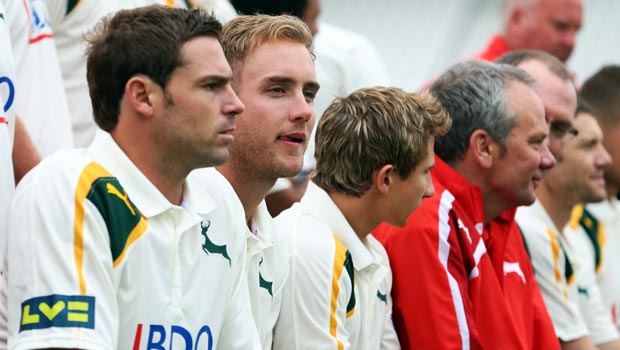 Stuart Broad is confident that he will recover from a bout of tendinitis in his knee in time for England’s summer Test series against Sri Lanka and India.

The 27-year-old pace bowler is poised to miss the one-off Twenty20 and five-match, one-day international series against Sri Lanka, while he has been pencilled in for a return for county side Nottinghamshire in their championship clash with Durham from May 25.

If Broad gets through that unscathed he will then travel to Hove for the game against Sussex and look to come back into the England Test side for the first game against Sri Lanka, which starts at Lord’s on Thursday. June 12.

And, while there have been some concerns raised about his fitness, Broad is adamant that he will be able to play through the problem with his knee.

He told Sky Sports News: “I’ll be fine. With a tendinitis problem, once the adrenalin is going you can bowl through it really.

“I’m using this six-week period to get a bit stronger in my legs and take a bit of the load off. Once I get back playing, I’m pretty sure I’ll be fine.

“I will just have to be careful not to dive too heavily on it in the outfield, that seems to flare it up quite badly. But once you get the bat and ball in your hand and get out in the middle, I’m pretty confident it won’t be too sore to play.”

Broad is also confident that England will flourish under captain Alastair Cook and new coach Peter Moores, who has replaced the outgoing Andy Flower following a disappointing winter in which the side relinquished the Ashes in a 5-0 whitewash before winning just one match at the ICC World Twenty20.

He added: “Mooresy brings a lot of passion for English cricket – he’s a fantastic coach to work with. It really is the dawn of a new era. I’m excited working with him and Cooky and I really think we can push this side forward.

“There will be obviously be some new guys coming in, there are some great opportunities there for players to stake a claim for a Test and ODI spot. With opportunity comes a lot of hunger.”