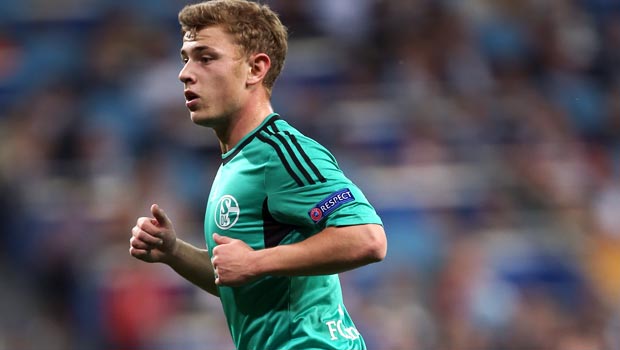 Germany boss Joachim Low has indicated he plans to include Schalke’s 18-year-old midfielder Max Meyer in his 23-man squad for the World Cup in Brazil this summer.

Low will announce his provisional squad for the tournament on Thursday and the Germany coach has confirmed a number of Schalke players are under consideration, including Meyer who is yet to make an appearance for the senior national side.

Fellow Royal Blues midfielders Julian Draxler, who has been linked with a move to Arsenal, and Leon Goretzka have also been tipped to secure places in Low’s squad for the World Cup this summer.

Meyer has featured to Under-19 level for Die Mannschaft and Goretzka is an Under-21 international. Draxler has been capped 10 times by Germany and has managed one international goal.

Meyer managed six appearances in total for Schalke last season but has established himself as a key player for the Bundesliga outfit this term, having managed 36 appearances and scored six goals in all competitions, and Low has suggested he feels Meyer can make an impact on the biggest stage this summer.

Germany have been drawn in Group G alongside Portugal, Ghana and the USA, with Low’s side priced at 1.48 to win the group and 1.08 to qualify for the knockout stages.

Germany are 5.80 to win the World Cup while defending champions Spain can be backed at 7.00.