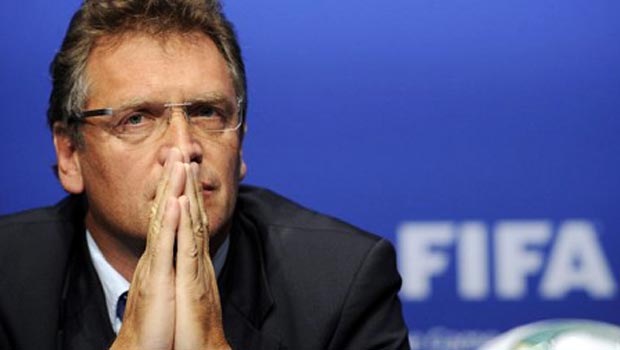 FIFA have admitted that some of the World Cup stadiums may not be ready for the start of the tournament in June.

With 76 days to go before the first game of the tournament between Brazil and Croatia in Sao Paulo on June 12, construction work is still ongoing at the venue in Porto Alegre and the stadium in Sao Paulo is also behind schedule.

Despite the ongoing concerns, FIFA Secretary General Jerome Valcke insists the tournament’s curtain-raiser will go ahead as planned.

“There is no other choice,” Valcke said. “You have thousands of people who have bought their tickets, we have over 2,000 people coming from all our member association countries from all around the world coming to attend the FIFA Congress and Heads of States. The opening game of the FIFA World Cup will be in Sao Paolo.”

Porte Alegre could be a different matter. As the largest stadium in south Brazil, Estadio Beira-Rio is scheduled to host four games in the group stage and one last-16 tie.

However, Major Jose Fortunati recently revealed his city may be forced to pull out of hosting matches due to problems over the funding of temporary structures at the stadium – facilities that are used for the media, sponsors and technical teams which are a FIFA requirement.

But Valcke remains confident a solution can be found, and he said: “During the week we focused on coming up with solutions regarding the complementary facilities in Porto Alegre and Sao Paulo. The situation has improved in Porto Alegre.

“I’m extremely confident because we have a strong company, Odebrecht, in charge of the work. We are convinced they will deliver the temporary structures.”