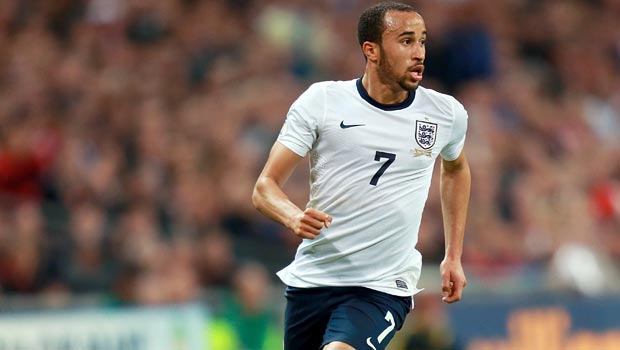 England boss Roy Hodgson’s preparations for the World Cup have been dealt another blow with the news that Spurs’ exciting winger Andros Townsend has been ruled out of the tournament in Brazil.

And Townsend’s club team-mate, Karl Walker, is another doubt ahead of Hodgson’s squad announcement a week on Monday.

Townsend, who lit up England’s qualifying campaign with some electrifying displays, undergoes surgery on an ankle injury today and is expected to be sidelined for up to 10 weeks.

“I am very disappointed,” Hodgson said. “He had a fantastic debut, bursting on to the scene and he did really well. To see him ruled out like this with a serious ankle injury that is a cruel blow.

“My thoughts are very much with him. He is young. There will be lots of other opportunities but I am sure that won’t make him feel better at the moment because his chance to get into the squad has been taken away from him.”

Meanwhile, right back Walker’s pelvic injury is providing Hodgson cause for concern.

“We are still monitoring the situation with Kyle,” Hodgson added. “We haven’t been told for certain that he will be out for the next six or 10 weeks but we are concerned that it has been a long time he has been out and during that time he has not been able to do any training as far as I know.

“I mean training with the rest of the team, running etc and I know he has had another injection.”

Walker was expected to compete with Liverpool right-back Glen Johnson for a place in the England side this summer.

England are 2.2 not to qualify from Group D at the World Cup.