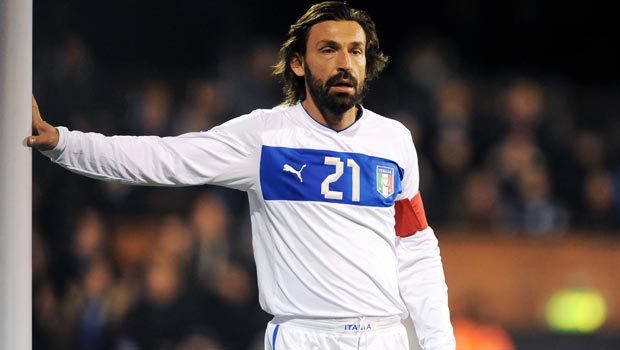 Juventus midfielder Andrea Pirlo is confident that Italy can make it out of a tricky looking Group D at the World Cup in Brazil this summer, with the potential to go all the way.

The Azzurri have been drawn alongside Uruguay, Costa Rica and England, with the latter opening their campaign against the 2006 world champions on June 14.

Italy enjoyed a relatively comfortable path towards World Cup qualification, finishing winners of their group after recording six wins and four draws from their 10 matches.

Pirlo, who has been an ever-present for the national side for over a decade now, making in excess of 100 international appearances, believes the Italians are in a great place to mount a serious challenge in Brazil this summer.

“The team grew well, had a good Confederations Cup and comfortable qualification, so I think we are ready for the important adventure that is the World Cup.”

Italy are favourites to win their group at a price of 2.55 but they are one of the long shots to win the overall tournament at 28.00, with many expecting the Italians to fall short to the more heavily backed favourites in the shape of Brazil and Argentina.

Nevertheless Cesare Prandelli’s side do boast a wealth of talent, with the experienced trio of Ricciardo Montolivo, Claudio Marchisio and Alberto Gilardino, alongside Pirlo, all expected to make it into the final 23-man squad.

With the young talent of Lorenzo Insigne, Marco Verratti and Cito Immobile all enjoying successful seasons for their respective clubs, Italy may have a good balance of youth and experience to mount a challenge in Brazil, although much may depend on their unpredictable striker Mario Balotelli.