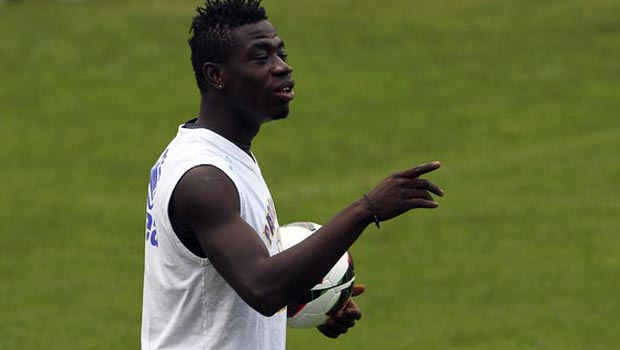 Talented youngster Afriyie Acquah is confident that he has shown enough quality and desire this season to be rewarded with a place in Ghana’s World Cup squad.

Despite being at the young age of 22, the midfielder already has a wealth of experience having enjoyed spells with Palermo and Parma.

Acquah started his senior career with the former after progressing from the youth ranks in 2011, making a number of impressive performances for the Italian side.

A move to Parma was next to come for the youngster but this was short-lived after German side Hoffenheim came in with an offer too good to refuse.

Acquah found opportunities limited though after making the switch to the Bundesliga outfit, but was offered the chance of regular action with a loan move back to Parma at the start of this season.

The midfielder has enjoyed increased playing time since making the temporary switch, so much so that an inclusion in the Ghana World Cup squad may not be far off, something which the young ace is quietly confident about.

“I am sure that every player dreams of playing at that level. I hope I can get a look in from the Ghana technical team. In my opinion, I have worked hard enough to merit one,” he said.

“Ghana has a lot of good players so I do not think it is automatic for me to expect a call up. If it happens, I will be so excited; it is does not happen, I will keep working harder and hope some day, I get what I desire.”

Ghana face arguably the toughest pool in Brazil as they face Germany, Portugal and the United States, and the Black Stars are being widely tipped to make an early exit from the tournament as they are priced at 1.26 to not make it out of the group.