Blackpool: We Won’t Get Carried Away – Paul Ince 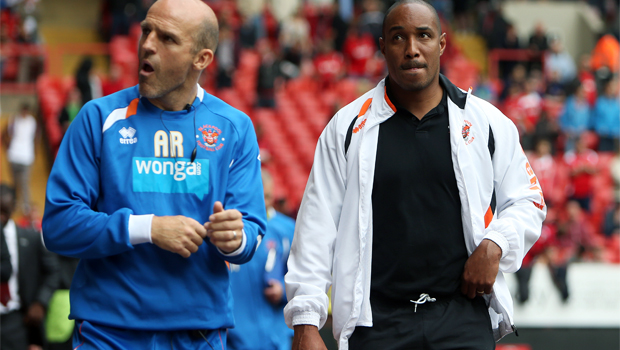 Blackpool manager Paul Ince insists that nobody is getting carried away at Blackpool and the most important thing is to retain some consistency.

The Seasiders head to Huddersfield Town tomorrow evening looking to preserve a fine start to the campaign, having picked up 17 points from eight games.

Spurred on by the events of last season, the manager is keen to get the club in a strong position before talking about ifs, buts and maybes.

“This league is about consistency and we’re showing consistency at the minute,” he told the official website. “We aren’t getting carried away, other people are but we aren’t because we know that we don’t want a season like last year because last year we nearly went down. We’ve kind of put ourselves in a good position at the moment not to witness or experience that again. That’s all it is, it’s no more than that and that’s how it will remain until we get to safety.”

The game against Huddersfield will come in front of the Sky Sports cameras, with Ince coming up against his former Manchester United team-mate Mark Robins in the opposition dugout.

“It’s on Sky and it’s a good opportunity to show people what we’re all about, and I’m sure Huddersfield will be thinking the same,” he said.

“Mark Robins is an old friend of mine from the Manchester United days and it’s great to see him back in football. He did a fantastic job at Coventry and now he’s doing a fantastic job at Huddersfield. He’ll have the same mentality as me because he was at Manchester United for a few years but we’re looking forward to it, and I’m sure they’ll be looking forward to it.”

Bob Harris will definitely miss out on selection for the game after undergoing an operation on a shoulder problem, while skipper Barry Ferguson will be assessed prior to the big kick-off.

“Bob’s had an operation on his shoulder yesterday, he’ll be out for three months so we might have to look at somebody who can play left-back. If Robbo gets injured then I might have to address that situation but I know Cathers has played there for his country.

“Barry has got a bit of a sore ankle, he trained today but we’re not too sure whether he’ll be ready for tomorrow. Hopefully he might be.”