Wolves send Adama Traore message as he returns To Barcelona 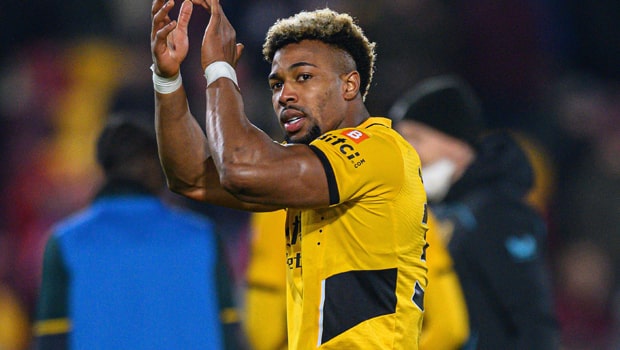 Wolves have revealed that Adama Traore has always dreamt of returning to Barcelona after his loan move to the Camp Nou at the weekend for the rest of the season.

Traore’s move has an option to buy worth £29m for Barcelona to make the move permanent, although he could have moved to Tottenham for £15m.

Barcelona announced the move in a statement revealing that the loan deal will run till 30 June 2022 while they will also pay his wages for that period. The Blaugranes also stated that the player will be presented on Wednesday the 2nd of February.

Meanwhile, Wolves’ technical director, Scott Sellars stated that Traore had been a professional at the Molineux albeit contract discussions of late have not hit an agreement point. Nevertheless, he stated that the club, knowing how much Traore wanted the Barcelona move, whishes success in the La Liga.

“Everyone knows Barcelona is a city, and club, very close to Adama’s heart, so it is a dream move for him. We have also agreed a very healthy option in the deal should Barcelona wish to make the move permanent this summer. We wish Adama the best of luck in Spain, and hope that he plays regularly has great success and shows everyone what he is capable of.” Sellars said.

Meanwhile, Pierre Emerick Aubameyang is keen on moving to Barcelona before the close of the January transfer window.

The Gabonese striker fell out of favour at the Emirates stadium this season, with Mikel Arteta and Barcelona are hoping to take advantage of the situation.

Aubameyang went to the AFCON with the Gabonese national team but couldn’t feature for the Panther after contracting the Covid-19, causing him to return to the club alongside Mario Lemina.