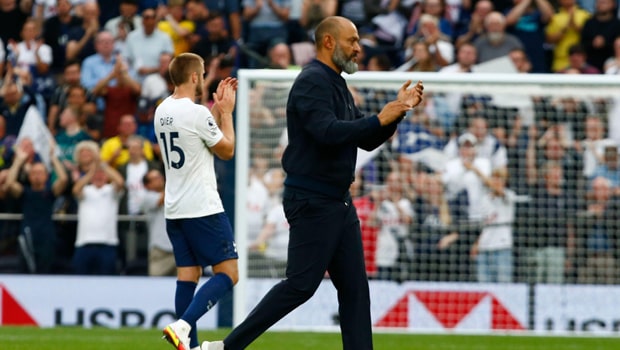 Premier League side Tottenham was beaten 1-0 by Portuguese side Ferreira in the UEFA Europa Conference League on Thursday evening.

The Portuguese side had initially beaten Northern Ireland side Larne in the previous qualifying round before facing a not-too-familiar Spurs starting 11.

Nuno Espirito-Santo was without Harry Kane for the second consecutive competitive game this season with the striker still linked with a move to Manchester City.

Spurs had defeated the Premier League Champions 1-0 at the White Hart Lane at the weekend with Son Heung-Min scoring the winner.

However, the South Korean was absent in the starting 11 on Thursday evening alongside Steven Bergwijn, Dele Alli, Lucas, and Pierre Emile-Hojbjerg all out of the squad for the game.

In fact, none of the eleven players who faced Ferreira played against Manchester City with Ryan Sessegnon, Harry Winks, and Giovanni Lo Celso being the most prominent of the starting 11.

Meanwhile, Nuno Espirito-Santo explained the feeling in the dressing room aftermath the result revealing the reason for the unfamiliar starting 11 for the game.

“Nobody likes to lose a game, Nobody likes to not play good. The feel-good factor disappeared. This is football, ups, and downs. The players have to bounce back. The decision was to try to give minutes to players, to get minutes on their legs and increase the levels of fitness, Of course, things take some time. I would decide the same. We need all the players [this season].” Espirito-Santo said.

Tottenham will now face Wolves at the Molineux stadium, Nuno Espirito Santo’s first return to the stadium where he was the manager last season before becoming the manager at the North London stadium in the summer.

The second leg of the game will be played next Thursday with Tottenham needing to win to move into the next round.