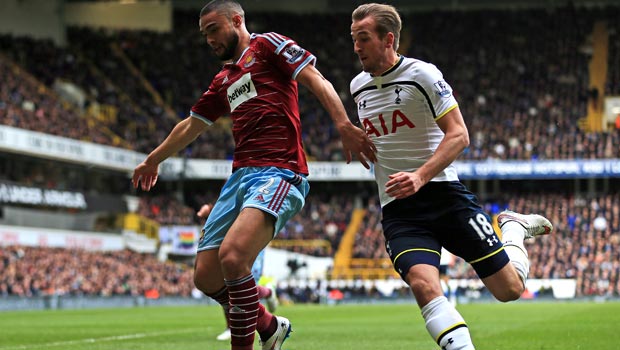 West Ham United have been handed a huge boost with the news that key defender Winston Reid has penned a new long-term deal with the club.

The future of Reid has been the subject of much speculation with reports claiming he would walk away from Upton Park at the end of the season.

The New Zealand international would have been available on a free transfer in the summer, with Arsenal and Tottenham among the clubs known to be showing a keen interest in him.

However, Reid has put an end to all the speculation by inking a six-and-a-half-year deal that will keep him at the club until the summer of 2021.

The deal is yet another boost to West Ham who have also recently secured the futures of Mark Noble and James Tomkins.

A Hammers statement read: “West Ham United are delighted to confirm that Winston Reid has signed a new six-and-a-half year contract with the club.”

Meanwhile, Reid himself is delighted to have put an end to all the speculation and is looking forward to continuing his career with the Hammers.

“It’s one of those things that took a bit of time, but we got there in the end and I’m very happy to be here for the next part of my career. I’m looking forward to it,” he said.

“At the end of the day, for myself I feel comfortable here. I was speaking with the joint-chairman David Sullivan and everybody and felt like I was valued here.

“He was clearly very committed to getting the deal done and keeping me at the club, so I’d like to thank him for that and I’m delighted to sign for the next six years.

“My family are happy living here too. We’ve been part of the club living in London, so we weighed all the factors up and I’m delighted to be staying here.”