‘I will get better’, says Aston Villa midfielder Carlos Sanchez 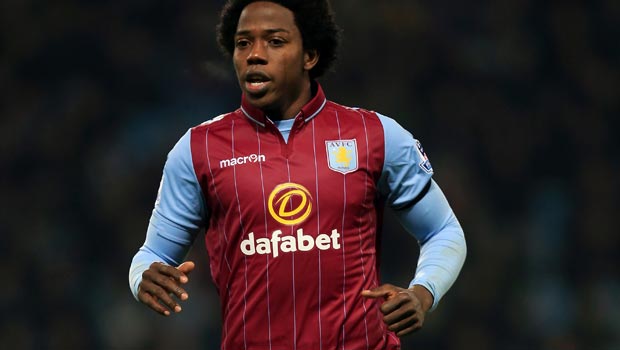 Aston Villa midfielder Carlos Sanchez has assured fans he will start to improve on the pitch once he fully adjusts to life in the Premier League.

The 28-year-old arrived at the club in the summer from Spanish outfit Elche for £4.7million after impressing for Colombia at the World Cup in Brazil.

The defensive midfielder has found life difficult at Villa Park though and has struggled to adapt to the style of football played in England.

Sanchez has featured just five times for Paul Lambert’s side as the latter looks to slowly integrate the summer signing into the starting 11.

The Colombian has appeared in recent matches though and put in a impressive performance against high-flying Southampton on Monday night as both teams played out a 1-1 draw.

The Villan is confident he can improve as a player and has called for the fans to give him time to settle into life in England.

“I have no doubt there’s much more to come from me. I know where I can get to as a player, I will get better. I know that. I would like to ask the fans to have a little patience with me. It’s still a little new for me,” he said in the Birmingham Mail.

“It’s been a good challenge got me because obviously football over here is very quick, much quicker than the other countries I’ve played in,” Sanchez added.

“The Premier League is a different style of football but I expected that, it’s box to box and 100 miles per hour. In Spain you have more time.”

Villa are back in Premier League action on Saturday as they face an away clash against fellow strugglers Burnley, and Lambert’s men are the outsiders for the win at 3.35, with the home outfit priced at 2.16.