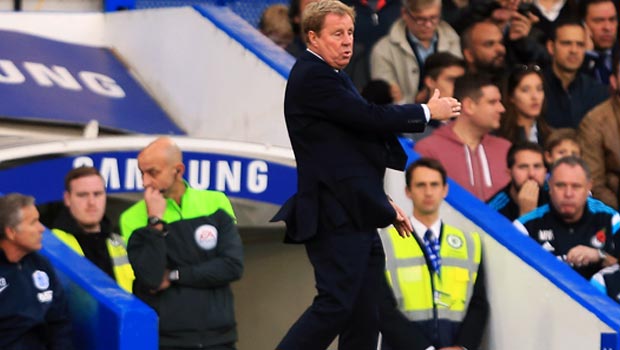 The Hoops have found life difficult back in the top flight since their promotion from the Championship and they sit bottom of the table having picked up just two wins.

One victory, which was against Aston Villa, in their last nine matches has heaped the pressure on the team and they are three points adrift of Hull in 17th place.

QPR have struggled in both the attacking and defensive departments this season, with the club boasting the worst record at the back having conceded 23 goals.

Up front has not been much better and just 11 goals from 12 games highlights just why the team are rock bottom of the Premier League.

The next four homes games in particular could prove crucial to QPR’s chances of survival as the Hoops take on fellow relegation candidates at Loftus Road.

The first of these arrive on Saturday when they take on Leicester and Redknapp admits this part of the season is crucial.

The QPR boss said: “It’s a very important period there’s no doubt about that. It’s important we get good points out of the games. Those games against the teams around you will decide your fate I think.

“They’re games that we certainly need a good run in. At home we need to make sure we get good points from those games.

“I don’t believe in putting pressure on players by telling them ‘this is crucial, we have to win this’, there’s enough pressure as it is without giving them added pressure.”

QPR are slight favourites to beat Leicester at 2.37, with the visitors 2.98.