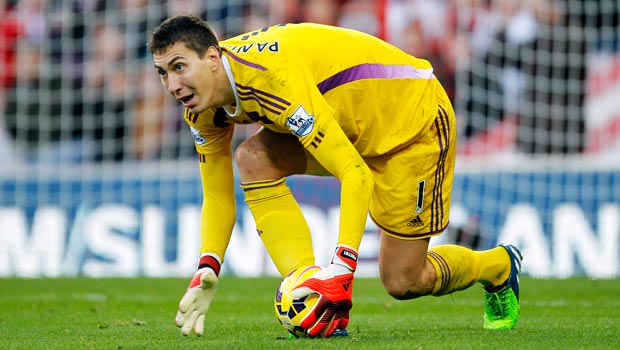 Sunderland goalkeeper Costel Pantilimon admits Saturday’s Premier League clash at home to Chelsea will be a big challenge as the Black Cats look to become the first team to defeat the Blues this season.

Jose Mourinho’s side are top of the table after the opening 12 games and they have dropped just four points in what would otherwise be a perfect record.

Only the two Manchester clubs have been able to come away with a point against Chelsea this season – both matches ending in a 1-1 result.

It seems hard to make a case for Sunderland on Saturday as a team with one of the worst defensive records take on the top goalscorers in the league.

Results have improved slightly for Black Cats boss Gus Poyet in recent weeks though and the Mackems are unbeaten in their last three outings.

A 3-1 win over Crystal Palace at the start of November has then been followed by draws against Everton and Leicester City, leaving the club three points above the relegation zone.

Despite the up-turn in form, Sunderland are expected to suffer a heavy loss against Chelsea at the Stadium of Light but, Pantilimon is hoping his side can put in a good effort for the fans.

The goalkeeper said: “It will be a tough game but so is every game in the Barclays Premier League.

“It is true that they are a top team and they are currently number one so we expect it to be difficult, but we hope to make it a good game and obtain a good result.

Sunderland are huge outsiders at 8.71 to pick up the win, whilst Chelsea are priced at 1.37.