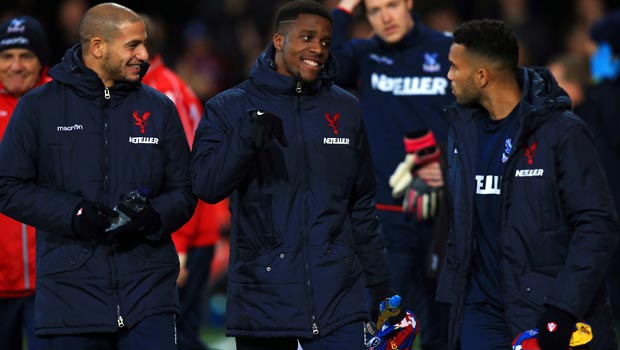 Crystal Palace bolstered their fight against relegation by completing their sixth and seventh signings of the January transfer window as they brought in Wilfried Zaha and Lee Chung-yong on deadline day.

The Eagles were the busiest Premier League team during the winter window following Alan Pardew’s arrival as manager, with the former Newcastle boss eager to put his mark on the squad.

Pardew had already been able to add Yaya Sanogo, Pape Souare, Jordon Mutch, James McArthur and Shola Ameobi to the squad heading into deadline day but was active once again as the club re-signed Zaha from Manchester United.

The south London outfit sold the 22-year-old to United in 2013 for a fee in the region of £10million but he struggled to force his way into the first-team at Old Trafford under both David Moyes and Louis van Gaal.

Zaha joined Palace on loan at the start of the season and the Eagles have now made his stay permanent, signing him in a deal worth an initial £3million which could rise to £6million.

The winger claims he is over the moon to have re-joined Palace on a five-and-a-half-year contract after failing to make the grade in Manchester.

“To now have the chance to make the move permanent and come home to Selhurst Park is something I’m delighted about,” he told Palace’s website.

“For me to be a better player I need to play more games and, having a gaffer that, I know, has great trust in me, gives me the confidence I need to help me improve my game.

“I started playing here when I was eight years of age and my family live locally. To have the opportunity to take the field in the Premier League for this club is a dream come true.”

The signing of Zaha was followed by a deal for South Korea international Lee, who moves to Selhurst Park for an undisclosed fee from Bolton and could make his debut this weekend when Palace travel to fellow strugglers Leicester City.