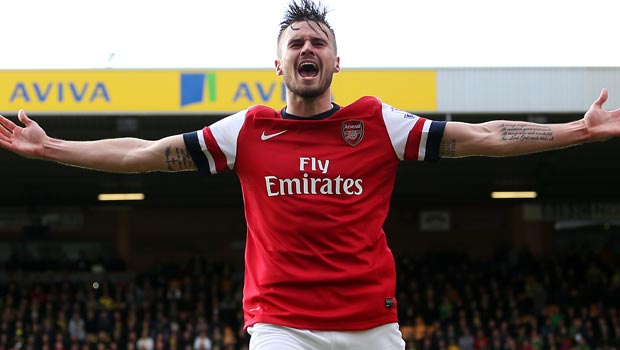 West Ham have completed their sixth signing of the summer after snapping up Carl Jenkinson from Arsenal on a season-long loan deal.

The 22-year-old has been pushed down the pecking order at the Emirates Stadium following the arrival of Mathieu Debuchy and Calum Chambers, so a move away was always on the cards.

There was no shortage of interest in Jenkinson with Newcastle, Hull City and Swansea also in the hunt to do a deal, but West Ham were always in the box seat as the Gunners wanted him to stay in the London area.

Jenkinson’s future at Arsenal looks bleak and he realises the forthcoming season is huge as he looks to put himself in the shop window at Upton Park.

“I’m clearly seen as a big part of things here and hopefully I can prove my worth here because it is an important year for me,” said Jenkinson.

“I was flattered to have a lot of options but deep down, if I was being honest with myself, West Ham was always the place I wanted to go to.

“It’s one of them where I wanted to do the right professional thing and consider all the options, but in the back of my mind it was always West Ham and I’m just so glad it’s all worked out how I wanted it to in the end.

“It will be brilliant to play here. I’ve got a lot of friends who are West Ham fans and I know how good the supporters are here.

“You get a great atmosphere here and the fans are great, so I just can’t wait to get a West Ham shirt on and get on the pitch and play.”