West Ham: Sam Allardyce to stay on with Hammers 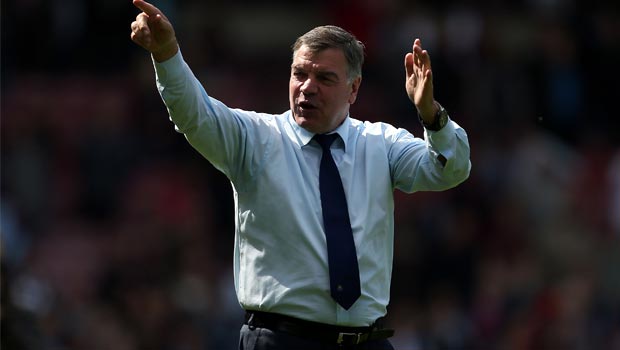 Sam Allardyce is convinced he will still be West Ham manager next season despite a section of fans calling for him to go.

The 59-year-old is on the verge of securing a third consecutive season in the top flight for the Hammers, with a point at Tottenham on Saturday likely to be good enough to guarantee their survival.

Despite keeping the club in the top flight, a number of West Ham fans have begun to express their dissatisfaction at Allardyce’s management of the team.

At last week’s 1-0 defeat to West Brom, a banner was unfurled calling for the former Bolton boss to leave.

That was followed up by an online poll, in which 78% of the 12,000 supporters who took part said they wanted to see a change in manager.

West Ham co-owner David Sullivan has already stated that Allardyce’s future at Upton Park will be discussed at the end of the season but ‘Big Sam’ insists he isn’t worried.

Allardyce believes he will still be in charge of West Ham next season and claims the majority of fans are happy with how he is going about his job.

“I would not see any other way than me continuing next season until either David Sullivan, David Gold or Karren (Brady) ring me to say otherwise,” he said.

“You have got to remember, we are all in this together. I am delivering what the owners want. At the moment we are very, very close to being in the Premier League for another season.

“The most important thing is to grow slowly and surely and make sure this club remains in the Premier League for a long period of time.”

West Ham are on offer at 4.06 to end their four-match losing run at home to Tottenham on Saturday, with Spurs 1.87 to get one over on their London rivals, while the draw is priced at 3.46.