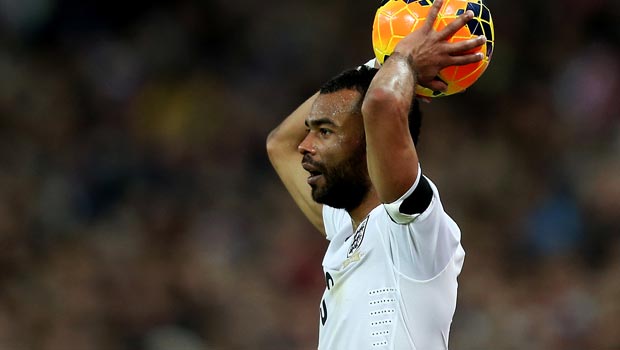 England boss Roy Hodgson has indicated he will take Ashley Cole to the World Cup, claiming his lack of game time for Chelsea won’t affect his final decision.

The 33-year-old has been used sparingly by Blues boss Jose Mourinho this season, making just 23 appearances in all competition for the west London club.

His lack of regular football looked to have hurt his chances of heading to Brazil for this summer’s tournament, with Everton’s Leighton Baines and Southampton’s Luke Shaw pushing their case for selection.

Hodgson is almost certain to disappoint one of his high-quality left-backs and it appears as though it will be a straight fight between Cole and Shaw after Baines was given the nod in recent friendlies.

The England coach has now hinted towards selecting the more experienced Cole, insisting his inability to hold down a place in the Chelsea first-team has done little to put him off.

The fact that he had not played won’t affect me that much,” Hodgson told the Daily Telegraph. “It does to some extent because that is a long time to be out and in the shadows.

“I have never doubted Ashley. I have never thought that I couldn’t pick Ashley Cole because he hasn’t played the last 18 games.”

Hodgson went on to say that he does not want members of his squad distracted by transfer rumours once he has selected his 23-man squad.

The likes of Adam Lallana, Ross Barkley and Fraser Forster all look set to be the subject of speculation concerning their club futures but Hodgson has told them to forget about it while they are at the World Cup.

“The players will have to accept I’m not going to show any sympathy for that side of it,” Hodgson added. “As far as I am concerned, they are signing up for England.”

Hodgson announced this week he would reveal his initial 30-man England squad on May 12 before cutting that down to a final 23 on June 2.