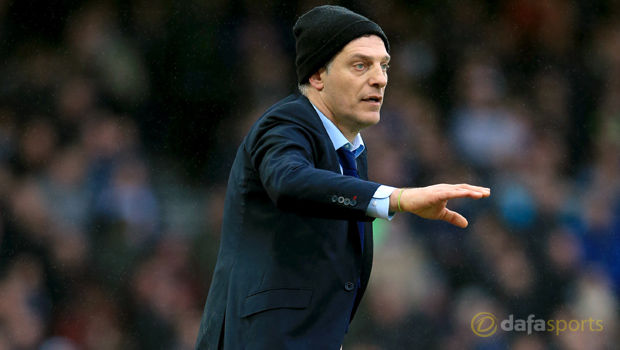 West Ham manager Slaven Bilic says he is content with his squad and therefore feels it is unlikely any new faces will arrive at the Boleyn Ground this month.

The Hammers have suffered numerous injuries to key players this season and the likes of Enner Valencia, Diafra Sakho, Victor Moses, Manuel Lanzini, Dimitri Payet, Andy Carroll and Winston Reid have all been absent at some point.

As a result, West Ham had been tipped to be busy in the current transfer window to provide some cover but the recent return of several first team players has forced a rethink on the plans.

Payet, who started off the season in fantastic form, is back to full fitness while England international Carroll and loan star Lanzini have been back in the fold for the past couple games.

The injury news is getting even better for West Ham with Reid, Moses and Sakho all hoping to play some part before the end of the month.

Results have started to improve in the Premier League since the return of key players, with back-to-back triumphs over Southampton and Liverpool, and Bilic has now confirmed the club will not be actively seeking reinforcements.

He told talkSPORT: “We have a good squad, a big squad, and (it’s) 99 per cent we will leave it like this and make our signings in the summer.”

The Hammer are back in action on Saturday when they welcome Wolverhampton Wanderers to the Boleyn Ground for FA Cup third round action.

The hosts are favourites at 1.75 to pick up the win, a draw is priced at 3.60 while the visitors are the outside shot at 4.75 to cause an upset.