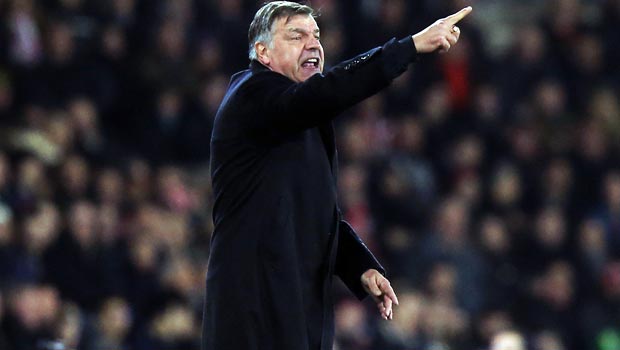 West Ham defender James Tomkins insists the squad is not allowing Sam Allardyce’s contract situation to affect them as they look to end the campaign strongly.

The Hammers have been one of the surprise packages in the Premier League this term and made a fantastic start to the campaign.

They have slipped off the pace since the turn of the year and have subsequently fallen out of the European places but still remain in eighth, eight points shy of sixth.

West Ham fans were calling for Allardyce to lose his job last season but have been pleased with his summer business and improvements on the field.

However, the 60-year-old has yet to sign a new deal and uncertainty over his future has started to grow around Upton Park.

Tomkins, who is a graduate of the Hammers youth academy, insists the players are not thinking too much about the contract situation and are keen to keep performing on the field.

Tomkins said: “It doesn’t faze us. That is out of our hands.

“We have to do what we do on the pitch, whoever takes charge of us. It doesn’t matter whether it is the [current] manager or not.”

The east London outfit will take on near neighbours Tottenham on Sunday as they look to make up for a 4-0 loss last time out against West Brom in the FA Cup.

The defender has urged his team mates to put their full focus on the fixture and forget about anything that may distract them off the field.

He added: “We just have to concentrate on the pitch and that’s all we try and do. We don’t talk about it much in the dressing room at all.

“I know the fans quite well through all the years, they expect the most. It’s a big club, they pay their money and travel all the way.
They are all entitled to their opinions.”

West Ham are priced at 4.75 to pick up a win at White Hart Lane, while Spurs can be backed at 1.79 to take all three points.