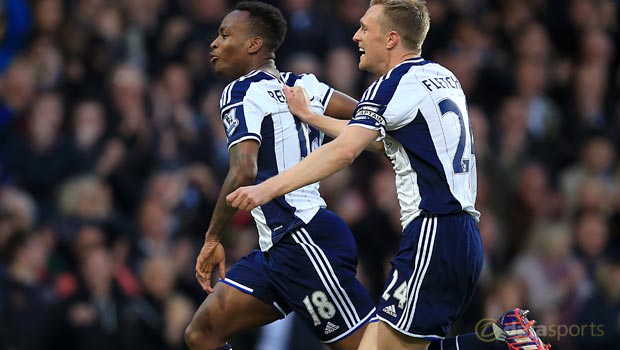 West Bromwich Albion have received a huge boost after star striker Saido Berahino said he is “happy” at the club and is not thinking about a move away this summer.

The England Under-21 international, who earned a call-up to the senior side this season but did not feature, has been a stand-out performer in helping the Baggies stay in the Premier League this year.

The 21-year-old managed to find the back of the net 14 times from 38 top-flight appearances and his overall contribution to the team was excellent.

Several clubs, including the likes of Liverpool, were reportedly showing an interest in the striker back in January and a move away looked to be on the cards at one point.

However, Tony Pulis came in as manager and quickly ended any chance of a transfer, which proved to be crucial in the team’s battle to avoid relegation.

Interest has not decreased in the youngster and rumours have been circulating that newly-appointed Newcastle United boss Steve McClaren has been showing an interest in the forward.

However, the Magpies chances look to be slim after Berahino dismissed talk of an exit and insists he is happy at the Hawthorns right now.

“I block it out,” he said. “It’s all part of being a player. You get linked with all of these great clubs all around but I’m at West Brom and I’m happy.

“We finished the season strongly and we stayed in the Premier League, which is massive. Now all the lads have gone away on holiday but I’ve got a different mind frame.”

West Brom are one of three teams priced at 5.00 to get relegated next season, alongside Leicester City and Aston Villa.