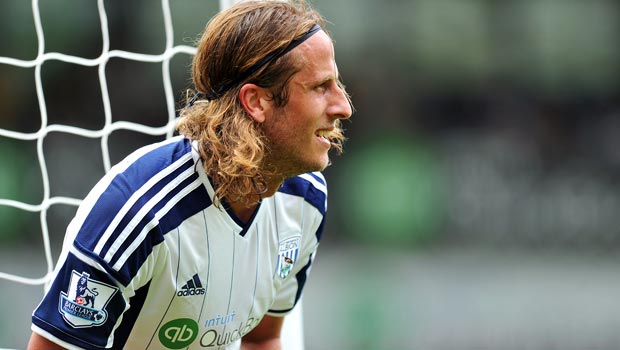 West Brom boss Tony Pulis has revealed that Jonas Olsson has returned to training but he does not think the Swedish defender will be ready to start playing again for at least two more weeks.

The 31-year-old former NEC Nijmegen star has been sidelined since September after having a minor foot operation to ease an Achilles problem.

He has been with the Baggies since the summer of 2008, and has featured in 200 league games for the club, but recently admitted it was time for him to seek a new challenge.

However, Pulis has no intention of letting Olsson go, saying: “He’s a way away from playing yet, so he needs time, irrespective of his position at the football club.

“He’s another one that when we’ve played against him before he’s always done well.

“He trained for the first time for a while and it was quite a tough day for him. But that’s what it’s going to be like for the next couple of weeks.”

Pulis has already stamped his mark on the club since succeeding Alan Irvine a month ago, signing Callum McManaman from Wigan Athletic for £4.75million.

He has also been linked with Wolves’ Bakary Sako, who is also wanted by QPR, but missed out on two other targets.

Peter Crouch opted to stay at Stoke City and has penned a new deal with the Potters, while former Newcastle United striker Shola Ameobi has joined Crystal Palace after leaving Turkish side Gaziantep in December.

Albion are 2.87 to beat Spurs at The Hawthorns on Saturday.