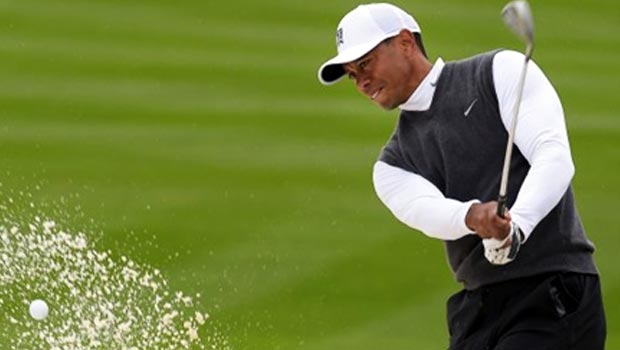 Tiger Woods endured a dreadful first day at the Waste Management Phoenix Open and eventually finished his round nine strokes behind the early leader Ryan Palmer.

The 39-year-old former world number one had not played in the tournament, which is being held at TPC Scottsdale, since 2001, and struggled from the tee as well as with his short game, particularly at the start of his first round.

Woods was four-over par after just four holes after hitting his opening tee shot into the desert and struggling with several seemingly simple chip shots.

He did improve on the back nine to eventually post a two-over round of 73 but that left him in a tie for 104th and struggling to make the cut, which is forecast to be even par.

Woods’ round would have been far worse but for an eagle at the par-five 13th, but his drives were often very wayward, and he admitted afterwards: “I got into the flow of the round, but it was just about trying to be so committed to the swing change and do it.

“I have been through it before. It’s not the first time I have gone through this. It takes time.

“This is my second tournament in six months. I just need tournament rounds like this where I can fight through it, turn it around, grind through it and make adjustments on the fly.”

Palmer leads by one shot from Keegan Bradley and Bubba Watson.

Palmer is 6.00 to win the Phoenix Open outright, while Watson can be backed at 4.50.