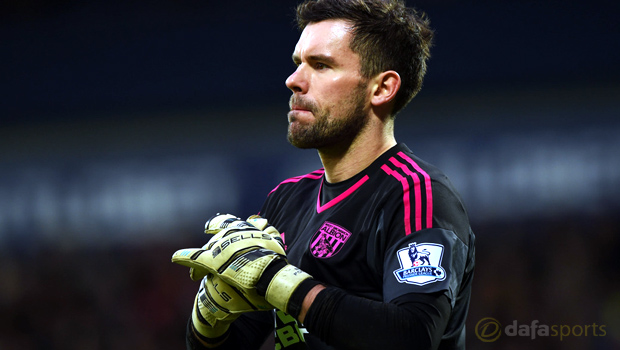 West Brom goalkeeper Ben Foster is fully focused on trying to regain his number one spot at the Hawthorns and is not thinking about a potential England recall.

The 32-year-old made his first appearance since March in the Baggies’ 2-2 draw with Bristol City in the FA Cup on Saturday, after spending the last 10 months on the sidelines due to a serious knee injury.

Boaz Myhill has deputised for Tony Pulis’ side in Foster’s absence and the former Manchester United goalkeeper admits his first focus is to try and re-establish himself as the club’s number one.

He said: “Getting back out on the pitch is going to take a bit of getting used to. This is a million miles from training and playing Under-21 matches. It’s harder than making your debut because when you make your debut you’ve been training for a while, you’re fit and ready to go.”

The former Birmingham stopper, who has won eight international caps since making his England debut in 2007, says he is not even contemplating whether he can secure a place in Roy Hodgson’s squad for the European Championship in France this summer.

Foster, who was part of the England squad for the World Cup in 2014, will face competition from the likes of Joe Hart, Jack Butland, Fraser Forster and Tom Heaton if he is to secure a place back in the Three Lions squad.

England have been drawn in Group B for the tournament alongside Russia, Wales and Slovakia, as they bid to win their first major title since the 1966 World Cup.

Hodgson’s side are available at 1.91 to top the group, whilst they are on offer at 1.11 to qualify for the knock-out stages.