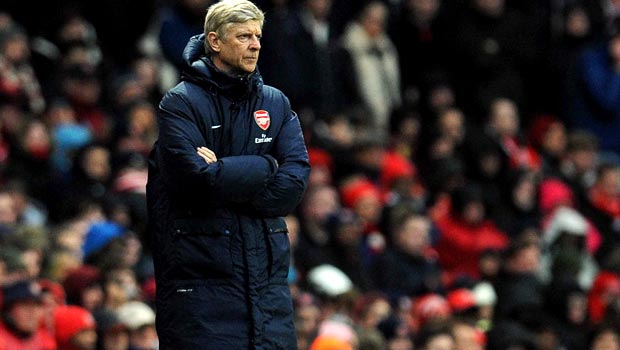 Arsenal boss Arsene Wenger says all the transfer rumours are proving to be a big distraction ahead of Monday night’s crucial trip to Aston Villa.

The news that Theo Walcott is out for the rest of the season has sent the transfer rumour mill into overdrive this week with a number of players linked with a move to the Emirates Stadium.

Real Madrid youngster Alvaro Morata is one such player with some reports claiming that Wenger is closing in on a deal that will see the striker sign on loan for the rest of the season.

Wenger admits he is on the lookout for reinforcements and will move if the right player becomes available, but has distanced himself from suggestions that Morata will sign.

“Nothing has changed because we are open to a possible solution and if something interesting turns up we will do it. It could be a loan as well yes,” said Wenger.

“We are not in talks, with Real about anybody.

“I do not want to speak about any specific names. For us it is important to prepare well for Monday night and to win the game on Monday night.

“The people who are in the newspapers do not help us to win the game on Monday night. It is the players who play here.”

Despite the distractions and injury situation, Arsenal are still hot 1.60 favourites to take all three points against an Aston Villa side, who have taken just one point from their last three home games, which included a 1-0 defeat to Crystal Palace.

Arsenal’s chances of victory have also been boosted by the news that Olivier Giroud is expected to return following an ankle injury, while Alex Oxlade-Chamberlain could also be ready to make his comeback.

Paul Lambert’s men did beat the Gunners on the opening weekend of the season and also surprised Manchester City 3-2 at Villa Park but even the most die-hard Villa fan would find it hard to back the West Midlands outfit – even at 6.04 – given the fact that they have managed just one other home win, against Cardiff, this season.