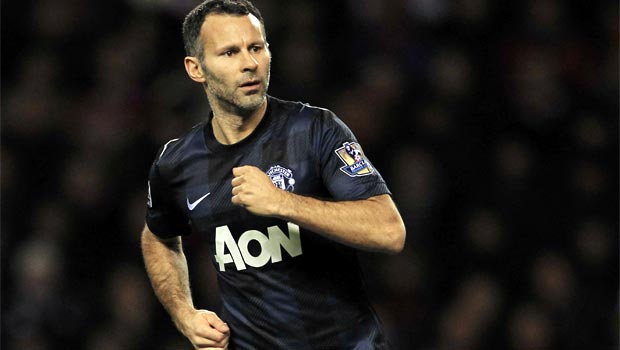 Ryan Giggs says Manchester United are facing a ‘test of character’ but is backing David Moyes to guide the club through troubled times.

United were feeling the heat following back-to-back home defeats against Everton and Newcastle at the start of December but appeared to have turned the corner over the following six games.

Moyes’ men though have since slumped to three straight defeats, and a fourth against Swansea, who knocked them out of the FA Cup last weekend, would pile even more pressure on Moyes.

Given the recent FA Cup success at Old Trafford and the home side’s lack of confidence, there is certainly the temptation to take on United with the 7.50 available for a Swans’ victory although it is worth bearing Michael Laudrup’s injury crisis in mind.

Already without the likes of Michu, Pablo Hernandez and Nathan Dyer, the Swans could be missing both Dwight Tiendalli and Jonathan De Guzman, who both played in the 2-1 win last Saturday.

United have their own injury issues to contend with as Jonny Evans is a doubt for the match due to a back injury but perhaps more importantly, Moyes will be hoping that at least one if not both of Wayne Rooney or Robin van Persie get back to fitness to help his side climb up the table and challenge again for the top four.

The last time the Reds went on such a poor run was back in 1981 when they lost eight games out of 10 which cost Dave Sexton his job, and many believe Moyes could also be set for the axe.

However Giggs says it will not come to that and United’s senior players will help the club come through a difficult period.

“It is a test of character but I am fully confident we will come through it and we will be okay,” said Giggs.

“I have said many times over the years, the defeats and losses generate a bigger feeling than winning things. It sticks with you a lot longer.

“You have to react and you have to try and do something about it.

“It hurts. There are players at this club who only know winning.

“It is important for the older players, who have been through these sticky patches before to help the younger ones.”

The title this year seems already lost and they are currently on offer at 25.00 to somehow overhaul those sides above them in the Premier League table while few would give them a prayer at landing the Champions League, for which they are a shorter price of 16.00, despite a favourable last-16 draw against Olympiakos.