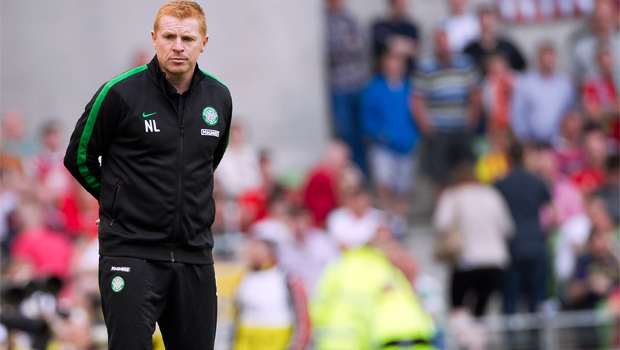 Celtic’s chances of making the lucrative group stages hang by a thread as goals from Andrei Finonchenko and Sergey Khizhnichenko capped a miserable night for Lennon’s men in the Astana Arena.

However, Lennon is not throwing in the towel just yet and says the Hoops have got what it takes to turn things around in the second leg at Parkhead.

“It’s a disappointing result, but we should have scored and it would have put a different complexion on the tie,” said Lennon. “But we’re not down and out yet.

“It’s not over. We’ll go back to Celtic Park and there’s plenty there for me to chew on in terms of chances, but Shakhter didn’t surprise us with the way they played.

“We knew they would throw balls forward – we should have dealt with the first one a bit better.

“I don’t know how many chances we had – clear-cut ones as well – if you don’t take your chances you make life difficult for yourself.”

Celtic have lost a number of key players from the squad that beat Barcelona last season, including Victor Wanyama, Gary Hooper and Kelvin Wilson, and Lennon says his current crop have to step up to the plate.

“There’s a few players who will be disappointed with their performances, and they’ve got to get better very quickly,” Lennon said.

“Possibly, I think I’ve still got enough in the squad to come through the tie, so that’s what we’ll endeavour to do.”