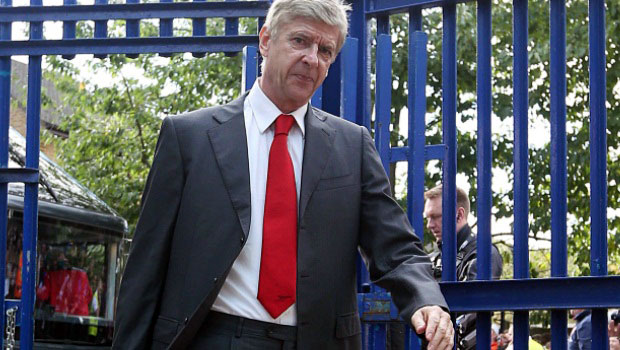 Arsene Wenger is refusing to get carried with Arsenal’s impressive start to the season and believes Premier League title race is as open with seven teams holding hope of lifting the trophy.

The Gunners suffered a surprise 3-1 reverse at the Emirates to Aston Villa on the opening weekend of the season with few predicting what was to follow.

Wenger’s men have taken maximum points in all but one of the eight Premier League fixtures since that opening-day defeat, with a goalless draw at West Brom the only blot on the copybook.

Arsenal are now sitting pretty at the top of the standings, two points clear of Chelsea and Liverpool, ahead of the massive clash against the Merseysiders on Saturday evening.

Jose Mourinho’s can go top before that game gets underway as they travel to Newcastle in the lunch-time kick-off but Wenger is not reading too much into the table at this stage and feels there is a very long way to go in the season.

“We want to be, and I think we are, title contenders, and Liverpool as well,” Wenger said.

“You have four other teams certainly, or five, who will be title contenders this year.

“It is a big game for us, massively important, but I don’t worry about where the teams are (in the table).

Arsenal go into the top-of-the-table clash with Liverpool on the back of a two-match losing streak at the Emirates, following a 2-1 defeat to Borussia Dortmund in the Champions League and a 2-0 loss to Chelsea in the Capital One Cup.

Mathieu Flamini is set to miss the clash with a groin injury and an ankle problem has sidelined Serge Gnabry, although Wenger can welcome back Mikel Arteta from suspension.