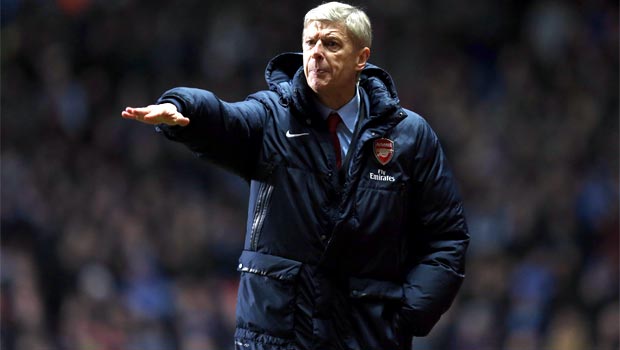 Arsenal manager Arsene Wenger is confident he can continue to rotate his midfield stars without weakening the team.

The Gunners are sitting pretty at the top of the Premier League standings as they head into Saturday’s match against London rivals Fulham, with a one-point advantage over Manchester City.

With Chelsea just a further point behind it is tight at the top and the weekend clash at the Etihad Stadium will be seen as a must-win game for the hosts if they are to maintain their pursuit of the title.

City remain the 2.10 favourites to win their second Premier League title, with Chelsea on offer at 3.90 and Arsenal priced at 4.33, with many pundits expecting the north Londoners to fall away towards the business end of the season.

But they have shown no signs of doing so over the first 21 games this term despite injuries to key players.

Theo Walcott is now out for the season while Alex Oxlade-Chamberlain has only just returned from a long-term absence, and, with the prospect of having to juggle his resources during the run-in to the end of the season, Wenger is adamant his men can cope.

“In midfield we have plenty of quality players who you can rotate easily without really feeling ‘today we are weaker’,” he said.

“We have fantastic players in midfield and it always allows us to keep what we call the engine of the team fresh.”

Thomas Rosicky may face the Cottagers with a protective mask after surgery to correct a broken nose, while Nacho Monreal is a major doubt after twisting a ligament in his foot.

Thomas Vermaelen, Mikel Arteta, Aaron Ramsey and Nicklas Bendtner will also miss the game, while Fernando Amorebieta is a doubt for Fulham, as Brede Hangeland prepares to make his first league start since October.