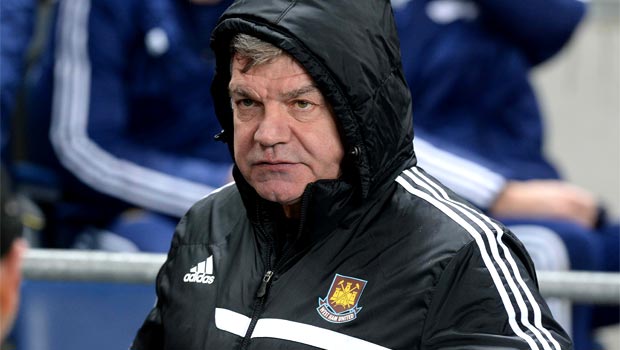 Sam Allardyce says West Ham’s clash against Cardiff this weekend is “massive” and he admits the Hammers have got to get back to keeping clean sheets.

Allardyce has had a tough week after his side crashed out of the FA Cup after losing 5-0 at Nottingham Forest before Manchester City beat them 6-0 in the Capital One Cup semi-final first leg in midweek.

The Hammers return to Premier League action on Saturday afternoon when they travel to fellow strugglers Cardiff City and Allardyce knows his side are in desperate need of three points to stop the rot.

West Ham have not won in the Premier League since defeating Fulham at the end of November and currently sit second from bottom in the table, three points behind tomorrow’s opponents.

“The most important thing is Cardiff,” Allardyce said as he looks to put a shocking seven days behind him.

“It’s a massive, massive match for us. Malky Mackay did a fantastic job at Cardiff and he is a very unfortunate man to have been sacked there.

“Now [Ole Gunnar] Solskjaer has a great chance in the Premier League to build on his success abroad, and he’ll stamp his own mark on the team.”

Allardyce says conceding goals at the back has been a big problem but he has been robbed of key players through injury and will be delighted to have James Tomkins back in the squad against the Bluebirds.

The Hammers have shipped in 11 goals in the last two games but Allardyce hopes the return of Tomkins will have a big impact on his back four.