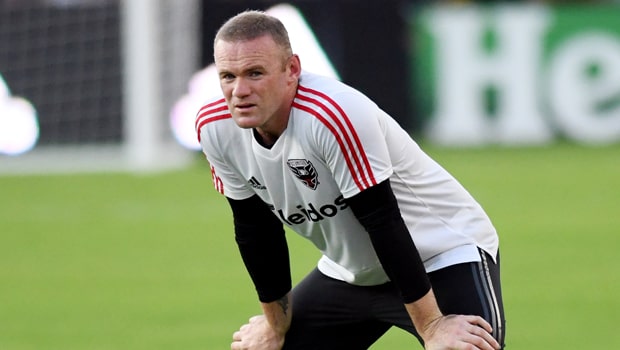 Wayne Rooney believes it may take Ole Gunnar Solskjaer at least two years to try and get Manchester United near the level of Manchester City and Liverpool.

Rooney puts those clubs clear of the chasing pack and has urged his former club to adopt a long-term approach to closing the gap.

The former Red Devils frontman feels United must try and build a squad that will rival those at the Etihad and Anfield, rather than looking for quick-fix approach this summer by signing a big name.

Recruiting Lionel Messi, Cristiano Ronaldo, Gareth Bale or Sergio Ramos would not solve the problems at Manchester United in the long-term, Rooney believes.

“The first thing Ole has to do is build the squad and I don’t think bringing in one or two players for £100m is going to help the players already there,” Rooney told BBC Radio.

“He’s better spending £30-40m on players with potential and building the squad around those five or six players.

“You could bring in players in Ronaldo, Messi, Ramos or Bale but it’s going to cost you £350m and you’d get two years out of them and you’ve written that money off.”

United and England’s all-time top goalscorer has urged a sense of patience when it comes to rebuilding a squad that laboured to sixth place in the Premier League last term, a massive 32 points behind champions Man City.

“The club needs to rebuild with younger players but they need to be good enough and I think the fans will understand that they are probably not going to compete for the Premier League next year,” he added.

“Let Ole have that time to build a team for the next two or three years that are going to compete at Premier League and Champions League level.”

Manchester United are 23.00 to win the title next season and 1.91 to gain a top-four finish.