Wayne Rooney out to avoid defeat

Posted by Robert Morris on September 7, 2014 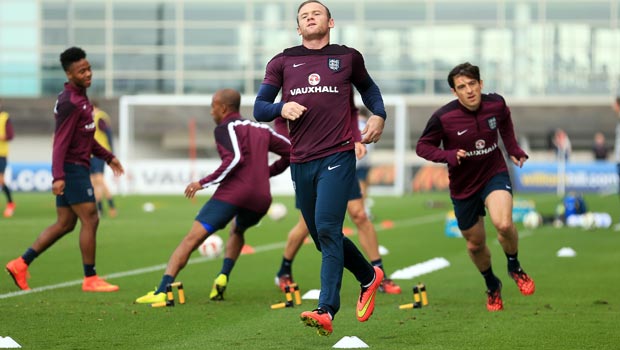 Wayne Rooney claims it is “vital” that England go all out to avoid defeat against Switzerland in Monday’s Euro 2016 Group E qualifying curtain-raiser in Basel.

The newly-appointed captain will lead the team out at St Jakob-Park aiming to help Roy Hodgson’s Three Lions secure a place in the Euros, taking place in France in just under two years’ time.

Rooney feels the Swiss will pose the biggest threat to England’s hopes of qualifying as group winners, given that the less-fancied Slovenia, Estonia, Lithuania and San Marino make up the remaining teams.

And while the 28-year-old Manchester United striker would love to set down a marker and start the campaign with a victory, he feels it is important not to lose the match.

Rooney said: “It is important to try to win.

“But I think not to get beat and give Switzerland the upper hand from the first game is vital.”

England’s hopes have not been helped by the loss of striker Daniel Sturridge for the game because of a thigh problem, while experienced duo Steven Gerrard and Frank Lampard have retired since the summer’s disappointing World Cup campaign in Brazil.

However, Rooney has called on the younger squad members to step up to the plate and show their capabilities against the Swiss.
“Frank, Steven and Ashley Cole have been massive players for us,” he added.

“Now the younger lads have to step up, it is as simple as that.

“We all understand there are big expectations playing for England. That starts on Monday.”