Posted by Vincent Henderson on September 7, 2014 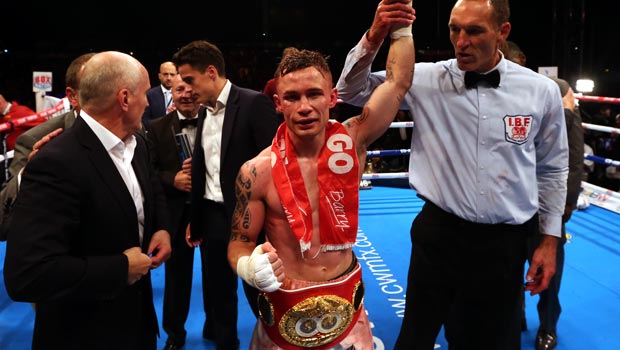 The 27-year-old, nicknamed ‘The Jackal’, delighted his home crowd in Northern Ireland with a dominant performance from the first bell to secure a one-sided verdict from the judges, who scored the bout 119-108, 119-108 and 118-111 in his favour.

Frampton, who stretched his unbeaten professional record to 19 fights, had already defeated Martinez with a ninth-round stoppage in February 2013 and he was always confident of securing a second win.

He was on top for the opening four rounds before putting the Spaniard on the canvas at the end of the fifth with a short counter-right to the side of the head.

Martinez enjoyed the better of rounds seven and eight, but Frampton responded to take the final four rounds and even went close to claiming a stoppage win at the end of the 12th when he had his opponent on the ropes.

Frampton was delighted to become a world champion, while he was quick to pay tribute to his opponent.

He said: “He (Martinez) was so dangerous, he’s a hard puncher and a tough man. I’ve never respected a fighter more in my life.”

Looking ahead to the future, Frampton is hoping to line up a unification showdown against England’s WBA belt holder Scott Quigg.